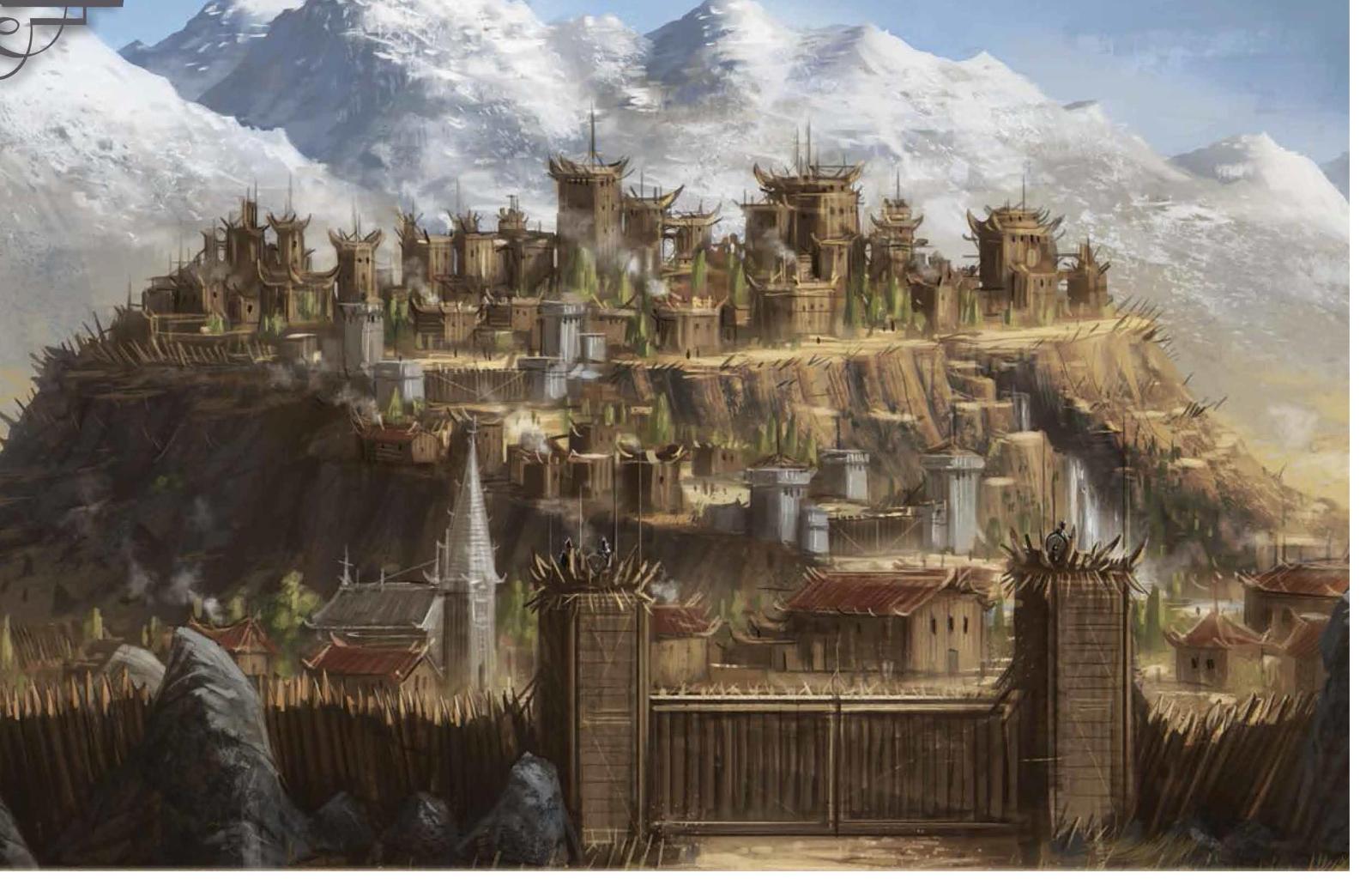 NPCs in Trunau
Trunau at a Glance
The most immediately visible feature of the town of Trunau is its palisade. Originally, the palisade was a hastily constructed fence of sharpened branches, but over decades of strife, the Trunauans have built it into something considerably more lasting and deadly. Ten-foot-high tree trunks, their tops sharpened into wicked points, surround the lower portion of the village, fitted so tightly that not even light passes between them. Their bases are driven another 5 feet into the earth, and the bottom half of the wall is encased in a rough but sturdy stone foundation. Trenches filled with smaller spikes create a deadly brier patch guarding the wall from assault. Also incorporated into the palisade are several rock outcroppings that rise even higher, forming the bases for several wooden watchtowers, including those on both sides of the gate. Past the gate, the town rises up a steep switchback in the cliff face to an exposed stone plateau 40 feet above the rest of the hill. These cliffs are the town’s true defense, as even a handful of defenders can easily pick off any invaders attempting to scale the sheer cliffs, allowing the townsfolk to concentrate the bulk of their defense on the lower palisades. Stone watchtowers stand in the town’s higher levels as well, with fortified structures crowding between normal houses and shops. While the barns and other working structures are kept outside the walls, and many of the residents spend their days and even nights in those buildings, all residents must either maintain personal quarters in the town or pay a “siege fee” to rent a room or a patch of floor in someone’s house inside the walls, to be used only during orc attacks. The siege fee is a set rate established by the Council of Defenders in order to discourage profiteering.

Ascendant campaigns can view previous versions of their pages, see what has changed (and who did it), and even restore old versions. It's like having a rewind button for your campaign.

We've already been saving your edits, so if you upgrade now you will have instant access to your previous versions. Plus, you get a 15-day free trial, so there's nothing to lose.

I'm sorry, but we no longer support this web browser. Please upgrade your browser or install Chrome or Firefox to enjoy the full functionality of this site.